In this unit we will see everything in respect to the millah, the planted field, namely what is planted and seasons for Indigenous communities from Chicontepec, Veracruz.

Note: Images in this lesson were created by the following people:

CC BY Sabina and Catalina Cruz 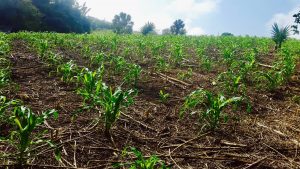 During the year, things are planted twice per year: once during the hot season, and other during the rainy season.

Tonalmilli is the name because it occurs during the hot season. Once December ends, there is little rain and the corn crops grows. During this stage, time and care must be given to the crops. First because there is a lot heat, and second because when the crops grow, worms and maggots appear and try to eat the corn stem. For this reason, communities spent time and energy so that corn grows for the month of April.

Xopamilli is the name because it is the rainy season. Generally, the month of June is when the rains come in the region. Corn is planted during the first rain because it is when the land is soft. At the same time, communities ask for little rain because it is possible for the crops to drown. Not only do people need to care for their crops due to rain, they must also contend with worms and maggots. The crops are ready by September. 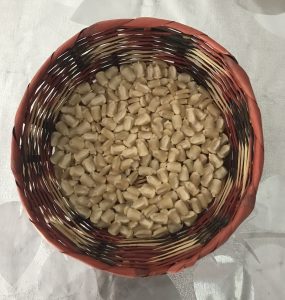 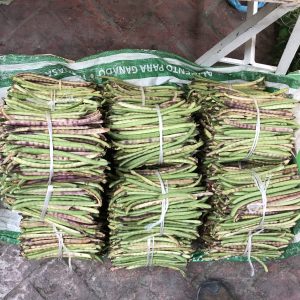 In Chicontepec, we have one color of bean but with different names: “chichimequetl,” “san miguel,” “huehuentzin,” “tonaletl,” “emecatl” and “neletl,”each of these with different seasons. Additionally, each of these beans has their unique way of preparation.

/Chichimequetl/ it is known as the bean of the dog. Its vine is “tlapalli” or reddish, and its seeds are round. These beans are ready for Day of the Dead in the month of November. The food that is made from these beans is called, “patzcalli” which includes sesame seeds.

/Frijol San Miguel/ these beans have the name of San Miguel because they are ready in September and the September 30th is the same day of the feast of San Miguel. This bean is planted during the month of June.

/Huehuentzin/ these beans are known as the old beans and their vines are thick.

/Emecatl/ this bean is ready in November, which is why it is planted during the month of June. This bean is prepared with sesame seeds so that it can be offered during the Day of the Dead.

In the communities of Chicontepec the crops are typically worked by male members of society. They leave their houses early in the day in order to work all day. After a long day, they return to their homes in the evening. There are many activities in the planted fields, and sometimes people help each other. In some occasions, when people help each other, they are compensated with monetary payment or they will trade labor. In other words, one person will work the planted field for another, in exchange for labor at their planted field. 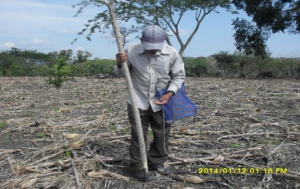 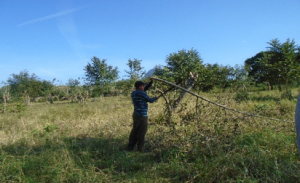 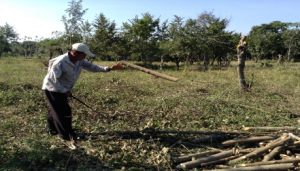 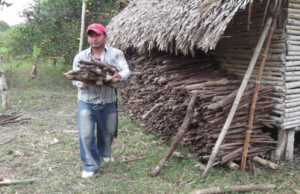 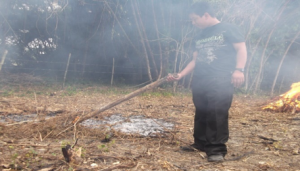 We use cookies and external scripts to enhance your experience. By using this site you are accepting the use of such cookies.

This site uses cookies – small text files that are placed on your machine to help the site provide a better user experience. In general, cookies are used to retain user preferences, store information for things like shopping carts, and provide anonymized tracking data to third party applications like Google Analytics. As a rule, cookies will make your browsing experience better. However, you may prefer to disable cookies on this site and on others. The most effective way to do this is to disable cookies in your browser. We suggest consulting the Help section of your browser or taking a look at the About Cookies website which offers guidance for all modern browsers.

NOTE: These settings will only apply to the browser and device you are currently using.

We use cookies to analyze our website traffic. We also share information about your use of our site with our analytics partners who may combine it with other information that you’ve provided to them or that they’ve collected from use of their services. Cookies are alphanumeric identifiers that we transfer to your computer’s hard drive through your web browser. They make it possible for us to store your navigation habits, recognize your browser when you visit. It is possible to prevent cookies from being used in your browser by turning the feature off, but in order to make your experience better, your browser must be set to accept cookies.